saving you precious time when every second counts.

Display per page
Sort by 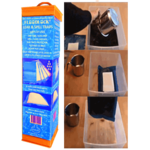 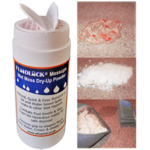 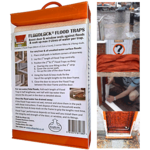 Product prices are shown net, excluding sales tax (VAT) for sales outside the UK. Calculation of the tax due occurs after address entry when 20% will be added for sales to the UK.

We aim to get the products to you wherever you are in the world in 1-2 working weeks. All orders and delivery times are subject to stock availability and postal services.

Delivery to Europe - Iceland to Uzbekistan,1-4 items cost £10.55 total. Order 5 or more for FREE delivery.
Delivery to North America, South America, Africa, the Middle East, the Far East and South East Asia.Australasia, Singapore, New Zealand and most islands in the region. 1- 4 items cost £16.00 (21.00 USD) total. Order 5 or more for FREE delivery.
Please include your telephone number with the address for the courier to avoid delay.

Flood Traps help you free up time, people and resources to tackle other critical safety matters, without risking physical strain and injury by filling and stacking 10 - 14 sandbags in front of a door when minutes count before the flood. To see a video of how they work click here.

Did you know? In 2007 the UK government commissioned Sir Michael Pitt to Review to investigate the devastating summer floods and report on what must be done better for the following floods. From his Executive Summary (E.S) you can read...

E.S. 49 "The Review was unable to obtain any significant evidence that sandbags were particularly effective
during the 2007 summer floods in providing protection to individual households."

E.S 50 "... The general provision of sandbags should be phased out in favour of better products ... other forms of temporary defence".

We at Allups Ltd invented Flood Traps so you can:

Prepare for flood now with Flood Traps – a step towards some peace of mind in the face of possible loss of time, sentimental "stuff", stress and mental anguish … if ever you are caught out by an unpredictable ever more frequent flood.

Did you know a wet sandbag increases its weight from 15kg when dry to 25kg, so 10 would weigh 1/4 of a metric ton (0.28 US Short Tons)? Imagine how much more environmental damage they cause once you consider transport costs to and from site and landfill.

*In November 2014 Flood Traps effectively kept contaminated drain water from entering through gaps around the doors on 4 properties in North Glasgow.
We know this to be true having received a telephone call from a reputable gentleman who asked to remain anonymous just after the floods. He happily reported; “your Flood Traps are an Outstanding Success… they worked very well, far better than all previously tried solutions!”. 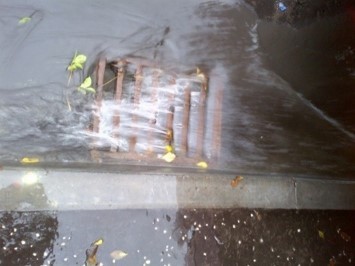 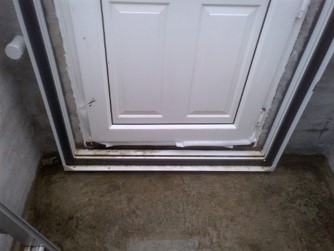 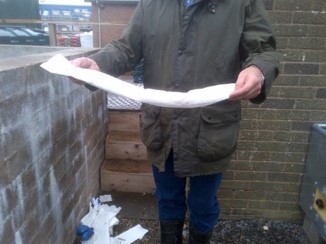 The images below show how Flood Trap would be fitted between a door and its frame before a fresh water flood, and how it would be floded in half lengthwise, wet and fitted to protect against salie water floods e.g. tidal flooding. 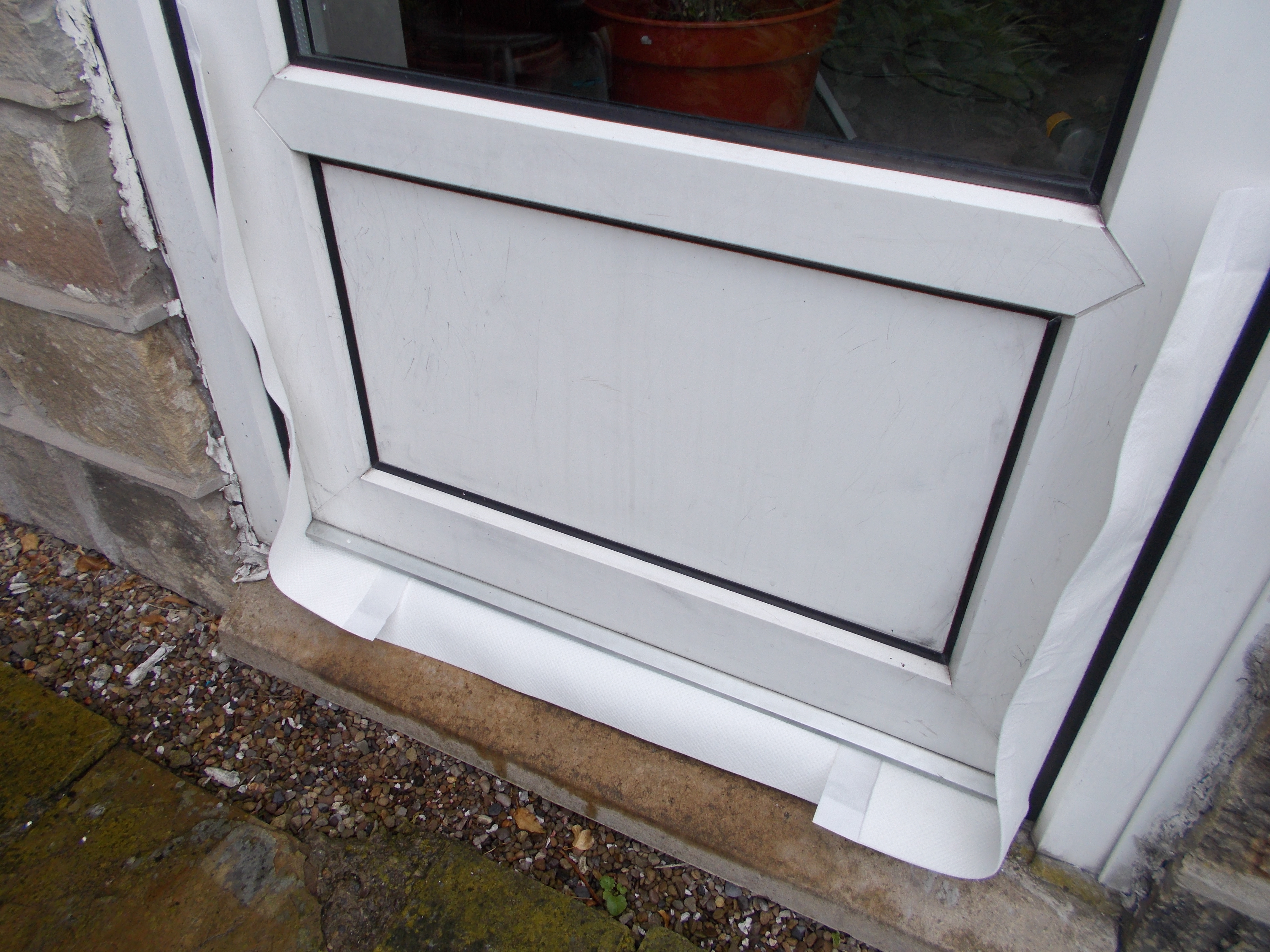 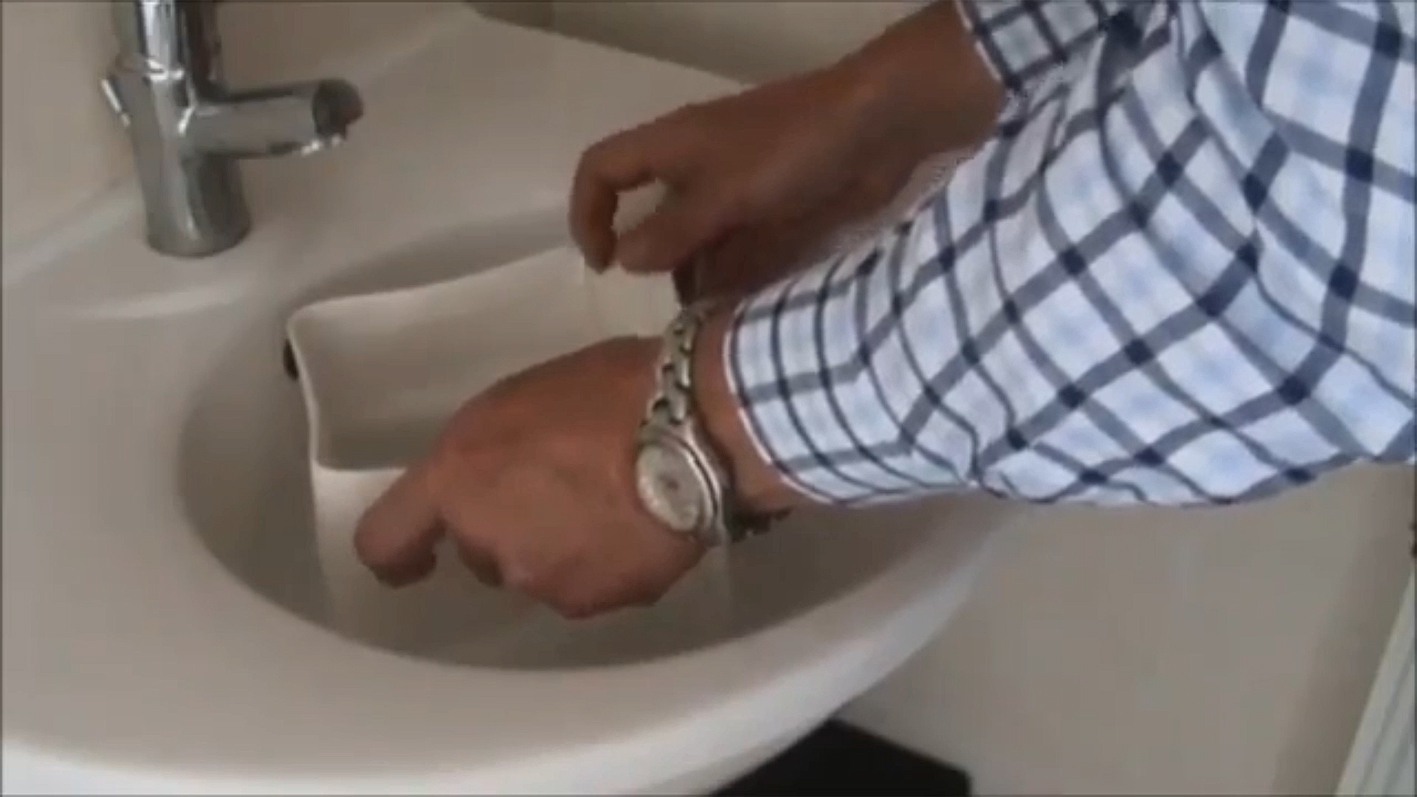 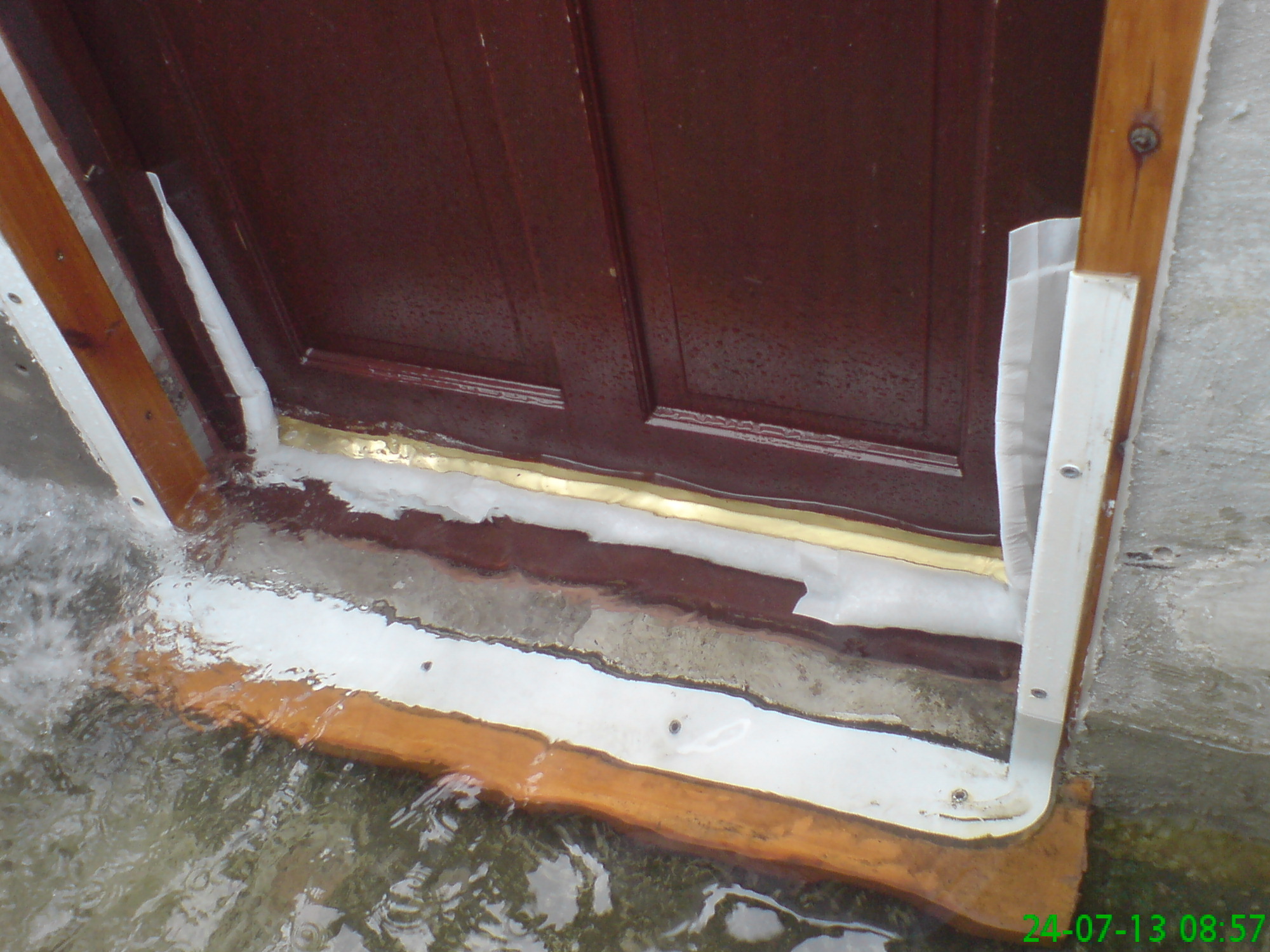